The aim of the meeting was to help to create network in the project Interreg Adrion INNOVAGRO.

The goal of the project is the development of an innovative network of the promotion of extroversion of agro-food companies in Adriatic-Ionian Area. In the project are 10 Partners from four countries: Greece, Albania, Serbia and Slovenia. 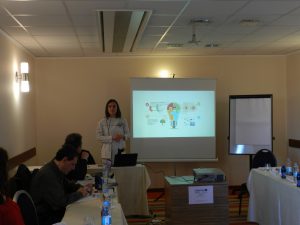 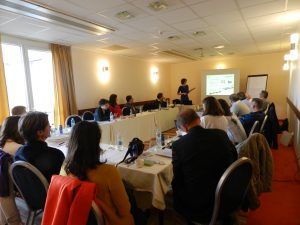 Ms. Jelena Petrov from the Public Institute Rerasd, Croatia has highlighted as the main problems for Croatia the decline of rural population, especially the emigration of young people from villages to towns, the closure of infrastructure, and the small size of farms.

Ms. Štefi Videčnik from the Ministry of agriculture, forestry and food of Republic of Slovenia for presented the national promotion action “Our super food”. The result from the four general food promotions from 2013 to 2015 was: consumers would like to by Slovenian products (from 66% to 73%), they check the origin of the product more often (more often 54%), more people mean„Slovenian products are tasty and quality“, less people mean that: „domestic products are expensive“, they prepared to pay more for domestic products (50%), they prefer local (Slovenian) products due to an effective food control system. The results of the first 3-year campaign showed that people in Slovenia are prepared to pay 10% more for Slovenian food that in the previous year. 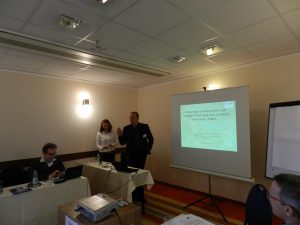 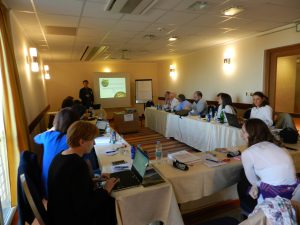 Mr. Marko Debeljak from the Institute Jožef Štefan, presented the European Legume Innovation and networking in H2020 TRUE Project which dealswith legumes in the diet. Legumes can reduce the use of pesticides and dependence on meat.  Legumes are very important part of Mediterranean diet.

Mr. Roman Štabuc from Slovene Chamber of Agriculture and Forestry – Institute of Agriculture and Forestry Maribor presented a cluster of wine-producers who developed a brand Pubec. Slovenia has three wine regions and nine wine-growing environments and the wine-producers for the first time cooperated and created a common brand Pubec in 2015. It’s a brand of white young wines. Slovenian wine-production still needs: mutual cooperation, business integration and networking, common presentation on the market and efficient promotion and marketing. 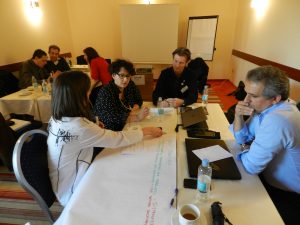 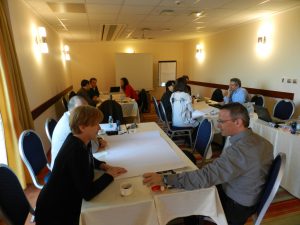 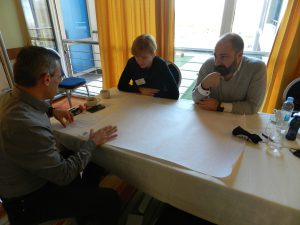 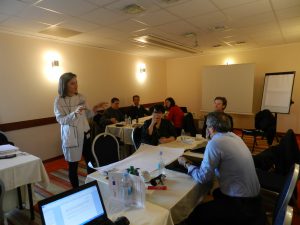